By The Rock & Roll Economist

The nourishing mother’s milk of the stock market is a combination of confidence and earnings, both current and projected. But both of those points are out of whack right now.

Without clever action PDQ, I see a flaccid pair of knockers in our not-too-distant economic future. This time, though, rather than just put lipstick on the pig, leaders should make some fundamental policy changes that boost productivity and employment. 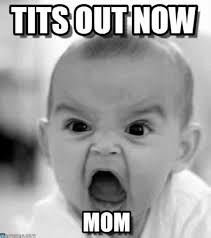 Only a radical injection saved the western economies from deep depression back in 2008. And it’s not clear that central bank money pumpers will be able to keep the current blow-up doll inflated for much longer amid the pressures brought on by Covid19 and aggressive Chinese competition. Even mounds of silicon won’t cushion the economic blow enough for us if we don’t get a vaccine and then bring in a slew of long-term fundamental changes like a universal basic income, tax reform, antitrust action that reigns in innovation-stifling Big Tech, broad changes to landlord and tenant legislation and something radical like free post secondary education for all. Otherwise, it’s gonna surely be tits up in the next 10 to 20 years for general western prosperity. And in that case, I hope you like Chinese tits.

But it’s not just the Coronavirus and the Chinese government that are causing problems. There are plenty of other clouds on the horizon that might be signalling the push-up bra of western financial prosperity is about to snap and drop. Here’s just a quick sample of of few things that could happen in the next few months or years to crash the economy and financial markets with them:

Russia grabs more of The Ukraine, China invades Taiwan, idiots push through a no-deal Brexit in the UK, America and Canada’s personal debt loads reach their limits, war in Iran and/or advances in artificial intelligence that throw billions of people out of well paying jobs.

Conservative nutjobs like Donald Trump, Boris Johnson and Jair Bolsanaro all need to go away and get style makeovers and lobotomies. Their morally bankrupt protection of the homophobic, bigotted, anti-mask, gun-toting, climate change-denying and greedy jerks is more reprehensible than a duet between Celine Dion and Perry Ferrel of Jane’s Addiction.

As soon as we kick these bums out of office, the markets, economies and citizens of the free world will rise as confidence springs back and sensible policy makers come back to the fore.

My my, hey, hey, leader insanity’s not here to stay. Ha, maybe we need Neil Young to lead the world.

About the Rock & Roll Economist

The Rock & Roll Economist writes articles about money and the economy that aren’t watered down by editor nerds. If you’re the type who’s easily offended, you can piss off, as far as he’s concerned. Now, that’s money with an edge. When you read his articles, he’d like you to imagine you’re in conversation with him at a live music bar in the funky part of town. We’ll drink to that.